We are waist-deep in the season of all-pumpkin-everything. Pumpkin spice lattes, pumpkin bagels, pumpkin butter, pumpkin festivals and, of course, pumpkin pie. Listen. I love pumpkin. I love all the things previously mentioned. Give me a pumpkin spice latte float with pumpkin ice cream, I’ll drink it happily! Do not doubt my pumpkin devotion.

That being said, if you’re ready to change up your sweets menu, I get it. Autumn brings us so many more flavors to play with, and honestly there is such a thing as taste fatigue. That’s exactly why I came up with maple pavlova with raspberry compote.

After so many heavy, ultra-sugary, dense desserts, I needed something completely different. Pavlova was in my mind, and maple syrup was in my fridge. Mad food scientist mode: engage.

Pavlova is a light and fluffy dessert with a crisp exterior, a marshmallowy interior and contested origins. Everyone seems to agree it was created for prima ballerina Anna Pavlova sometime in the early 20th century, but the where is less clear. Some say the first one was made in New Zealand, some say Australia, some even say the United States. I won’t speculate, as I’m mostly interested in it’s uncontested deliciousness.

Take a minute to look at this thing. It’s imperfect—ahem, rustic—but that give it a beautiful quality more composed desserts can’t quite recreate. Curious that it was made for a ballerina, because it’s more the dancing scene from Harriet the Spy than Swan Lake.

A wild little cloud of deliciousness.

It’s not exactly a meringue, but it’s in the family. Meringues are typically a fairly uniform texture–crispy and crumbly throughout. Pavlova, on the other hand is soft and cushiony in the middle. It’s typically dressed with whipped cream and fruit, which is what first drew me to it. I was looking for a light dessert I could make in a summer I knew would be swimming-heavy. I stumbled across a recipe for chocolate swirl pavlova with raspberries, and I’ve made my version of it more times that I can count. For parties, for family and at least twice, around midnight for no real reason.

One of the things I love most about pavlova is that it simultaneously feels light and incredibly decadent. Actually, the way I make it probably has something to do with that. I almost always layer one on top of another, drizzle a ton of melted dark chocolate over and grate more chocolate on top…

Anyway, the wafers (for lack of a better word) combined with the whipped cream melt in your mouth, and the contrast between crisp and creamy keep things rich and interesting. The longer it sits in the refrigerator, the softer the wafers become, but in a good way. Almost like eating a really light mousse pie.

But… raspberry and maple?

You may be questioning the maple-raspberry combo, and I don’t blame you, but I swear they go together. I did it on my own to see how it would be, but later found out it’s an actual thing. They’re listed together in Karen Page and Andrew Dornenburg’s The Flavor Bible, which is about as legit as you can get.

The Flavor Bible: The Essential Guide to Culinary Creativity, Based on the Wisdom of America’s Most Imaginative Chefs

You can always make this without the raspberry compote. I’ve done it both ways, and both are great. Still, the maple and raspberry are really fun together, and I mean, why not?

How to whip Pavlova to stiff peaks

Pavlova is pretty easy to make, but there are some things to pay attention to if you’re a baking newbie. First measure the ingredients exactly. Second, be mindful of how things look and feel at all times. It’s really important that the batter is set up correctly when you bake it.

Stiff peaks are what you’re looking for, and I do mean stiff peaks. When you bounce the whisk lightly into the surface of the batter, pull it up, and flip it upside down. The peaks that form should be short and stand straight up. If you plunge it too far, the peaks will still be long and soft, so make sure you’re doing it lightly. In this case, over-beating is better than under-beating.

I actually find the look of the batter itself to be a better indicator. Make sure the mixture is shiny and a little silvery—pearlescent. It should look almost like a cross between marshmallow cream and extremely thick shaving cream. The air you’ve beaten in is so well incorporated that the batter is rich and smooth, and when you move a spatula through or pile up spoonfuls, it holds its shape.

When cooked, the pavlova should be light and airy. The outside should be crisp and crumbly, and the inside should be soft and a little spongey, but still lighter than angel food cake. All of it should melt in your mouth.

In this recipe I use cake pans because pavlova does best when all parts are baked very consistently. If one of the wafers is getting more heat than the other, you might run into two very different layers. Maybe event a burnt one. The cake pans guarantee you can fit both wafers on the same rack of a standard oven. If you’re willing to risk it though, you can definitely try using sheet pans on different racks. I’ve done it that way as well, and it can be done.

If you do use the cake pans, I recommend cutting down the parchment paper into rounds just a couple inches wider than the pan, and pressing it into the bottom as best you can. If you leave it in big sheets, the edges tend to pop up and the bottom of the wafers won’t bake flat.

Baking in the pans does make the sides a little less smooth-looking than a typical pavlova, but I actually like the way it looks both ways. Either way, the pavlova should peel away from the parchment paper fairly easily if baked correctly.

One of the best things about this recipe is that you can make the wafers and the compote ahead. The meringue part can be made the day before, and the compote can be made several days before. You could technically make the whipped cream ahead too, but I think that part is best fresh, and takes no time to whip up.

Question for you: Have you signed up for my email list yet? I sent out emails every time I post a recipe, and soon I’ll send out a poll to see what else you want to get in email. Want recipe roundups? Curated articles and tips? Something else? Sign up and let me know!

When you sign up, you’ll automatically receive the WhipSmart Kitchen Guide to Mise En Place, a PDF I put together to show you the secret to getting every recipe right, every time (you can find the link in the sidebar, above). I hope you like it!

Have a question about this recipe or or something you’re struggling with in the kitchen? I’d love to help you out if I can, but I won’t know until you ask.

Scale
For the Pavlova:
For the whipped topping:
For the raspberry compote: 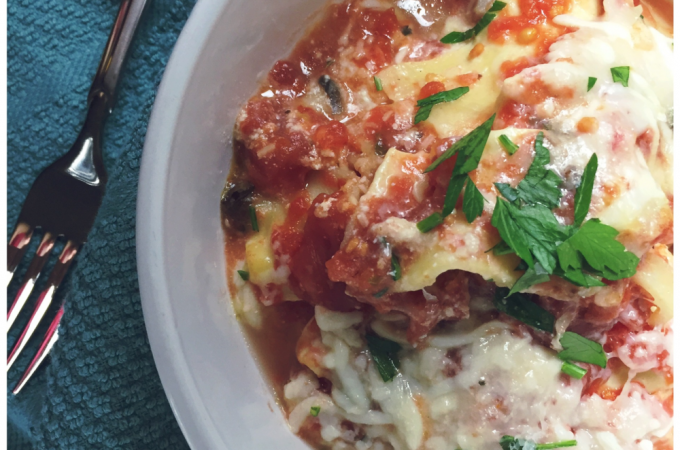 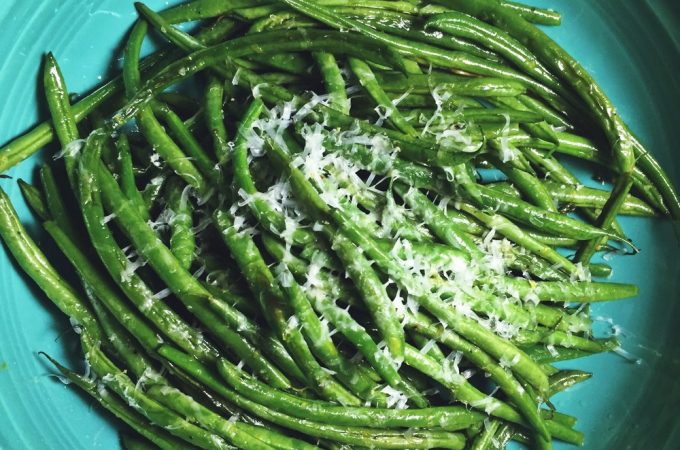 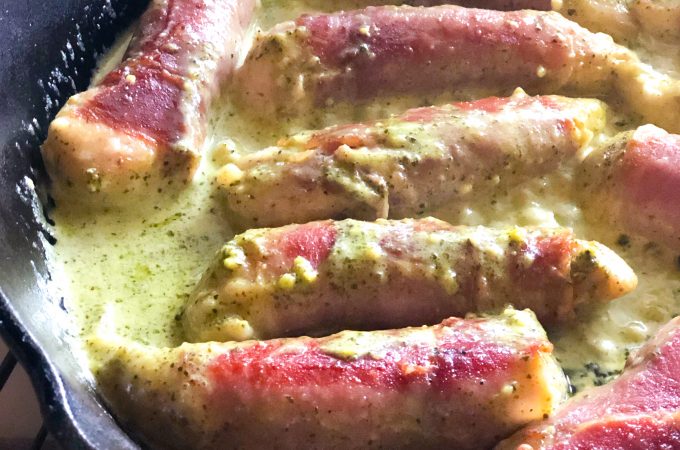 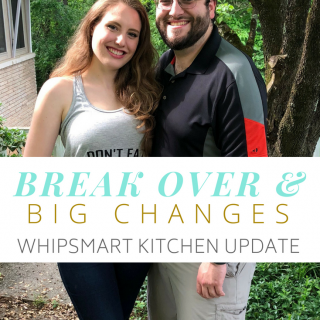 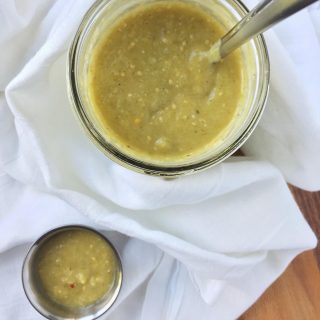 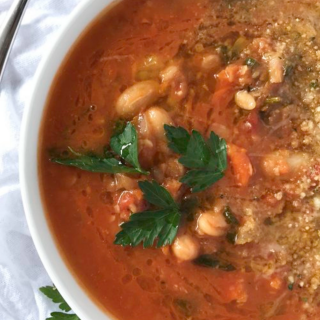 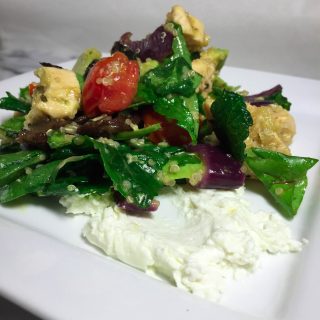